Dr. Rob Cameron completed his anaesthesia training in Auckland (including Greenlane) and the UK (Bristol).

He was appointed as a specialist to Waikato Hospital in 1990 and sub-specialised in Cardiac, Thoracic and Vascular Anaesthesia and Intensive Care at various times through to 2007.

He has been involved with Cardiac Anaesthesia in the private system from the late 1990’s but now largely restricts his cardiac practice to supporting MCVS in the provision of ablation therapies for atrial flutter and fibrillation. 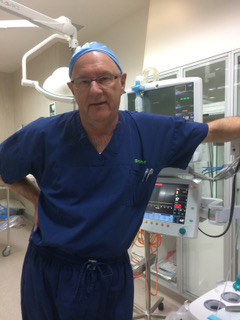