Mr Haggart has been working as a vascular specialist in Waikato since 2008. He qualified in surgery, with a specialist interest in Vascular Surgery, in the United Kingdom in 2006. Following a year as an overseas fellow in Adelaide, South Australia, training in Endovascular Surgery, he chose to relocate to New Zealand, rather than return to the United Kingdom.
His undergraduate training was at the University of Aberdeen, the home of the first chair of Medicine in 1497, where he completed his MB ChB and also an additional BSc in Orthopaedic Surgery.

He left to conduct his postgraduate studies at the Universities of Edinburgh and Birmingham from 1999-2001, where he worked with Professors Ruckley and Bradbury. Following this time he commenced his specialist registrar training in the North East of Scotland, working in the Vascular surgical units in Inverness and Aberdeen. Whilst training he also completed his doctorate research publishing a thesis titled ‘Myocardial Infarction in Abdominal Aneurysm Repair.’

His specialty interests include minimally invasive treatment of varicose veins, including endovenous therapy and sclerotherapy. This interest was stimulated by training in one of the first vascular units in the UK offering such treatments in 2005. In addition he has an interest in the management of the diabetic foot. In the public health service, he runs the only multi disciplinary specialist diabetic foot clinic in New Zealand. As such he has an interest and competency in complex angiographic intervention as well as reconstructive surgery for lower limb ischaemia. 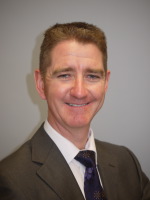